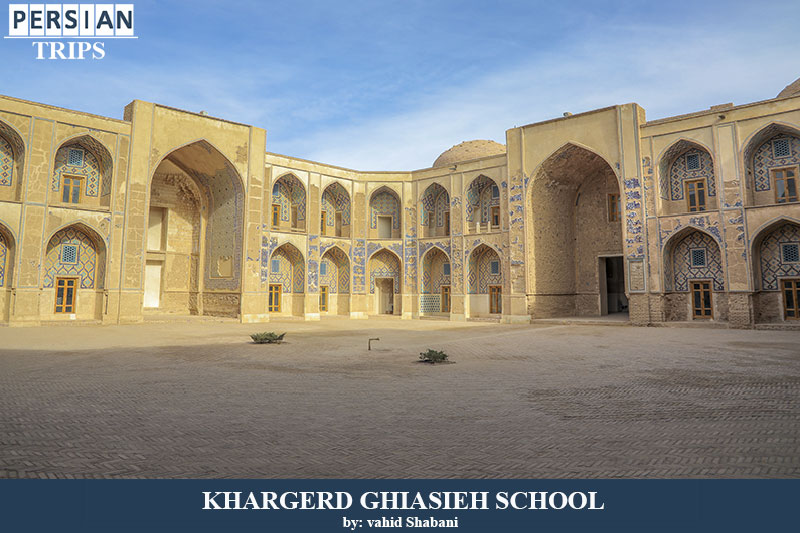 Razavi Khorasan is one of the provinces of Khorasan in northeast of Iran. In 2004, according to the approval of the Islamic Consultative Assembly ,Khorasan Province was divided into three separate provinces and Khorasan Razavi Province was established with Mashhad as its center. The cities of Mashhad, Neishabour, Sabzevar, Torbat Heydariyeh, Quchan and Kashmar are important cities of the province. In general, Khorasan Razavi includes 28 cities, 70 districts and 164 villages. Binalood peak with a height of 3615 meters is the highest point of the province and Sarakhs plain with a height of 299 meters is the lowest point of the province. Mashhadi pot yoghurt, Mashhadi shole, shishlik kebab, changali, Reshte polo (rice and stew), sateir polo, etc. are among the famous dishes of this province.
Geography
This province is bordered byTurkmenistan in the north, by Afghanistan in the east, by Noerth Khorasan, Semnan and Yazd in the west and northwest, by South Khorasan and Yazd in south and southwest. This province with an area of 118,854 square kilometers covers 7% of the total area of Iran. Mountainous areas cover 49.2% of the province and plains 50.8% of it. This province consists of four catchments of Atrak, Qarahqom, Central Desert and Eastern Iran.
Customs
Traditional music and dances are among the rituals of Khorasan, which also has a great variety. The people of Mashhad hold various religious mourning ceremonies with special customs. On the 28th and last days of Safar (the death of the Prophet and the martyrdom of Imam Reza), the mourning delegations of Mashhad city mourn in the streets around the shrine and finally go to Imam Reza Holy shrine. There are different tribes in Razavi Khorasan, which is why Khorasanian clothing is varied. In general, the clothing of this region can be divided into the following sections:
• Kurdish clothing living in Khorasan
• Clothing in border areas such as Torbat-e Jam, Taybad, Bakhrez and Khaf
• Clothing of immigrants living in the province, such as Turkmen, Baluchis and Arabs
• Clothing for residents of desert and southern regions of the province, such as Neishabour, Torbat Heydariyeh, Sabzevar, Kashmar, Gonabad and Ghaen
Handicrafts
Saffron and barberry are among the important souvenirs of Razavi Khorasan province. Turquoise and agate rings and ornaments are also produced in Razavi Khorasan province. Sweets, candies, perfumes and dried fruits are among the other souvenirs of Razavi Khorasan province. Glim, felt products and carpets are among the handicrafts of Razavi Khorasan province. Fur embroidery is also done in Razavi Khorasan province and is one of the important handicrafts of the province's nomads. Turquoise cutting and in general cutting precious and semi-precious stones is one of the old professions in Khorasan Razavi province.
Tourism attraction
Since the holy shrine of Imam Reza (AS), the eighth Imam of the Shiites is located in this province, Razavi Khorasan has been very important in terms of tourism. The religious city of Mashhad, which is the largest religious capital of Iran, is one of the most important tourism attractions in Khorasan Razavi and therefore has been able to attract many tourists. In addition, the sights of Razavi Khorasan include various natural attractions, such as: Grineh Waterfall, Sheikh Ahmad Jami tomb, Noor khaneh Mosque, Malek Zuzan mosque, Arghoon Gate, Shahef khaneh Ardakani Gate, Salami pavilion, Torqabeh, Bimarab Cave, Azar Barzin Mehr Fire Temple, Ferdowsi Mausoleum, Kuhsangi Complex, Goharshad Mosque, Haj Molla Hadi Sabzevari Tomb, Ghiasieh School, Qasbeh Gonabad Qanat (Aqueduct), Khayyam Tomb, Attar Tomb, Tomb Kamal-ol-Molk, Nashtifan Asbad, Aliabad Tower, Chehelmil, Naderi Tower, Shandiz city, etc. are among the famous sights of this province. 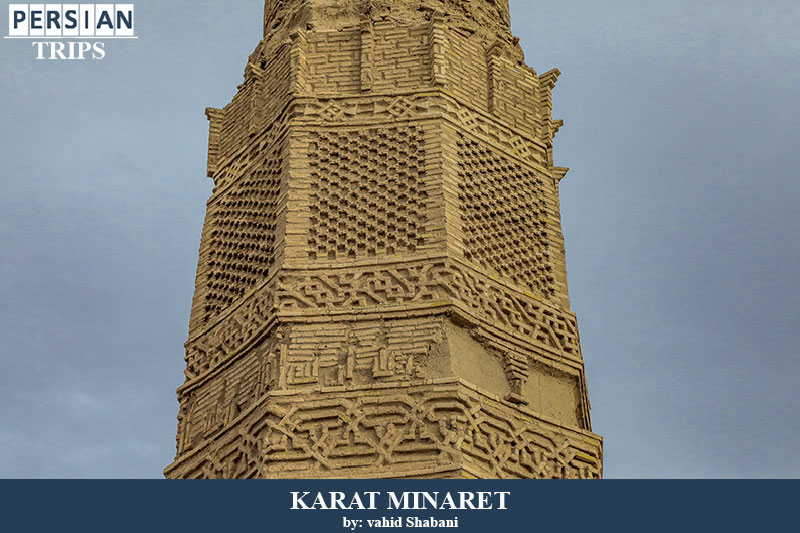 Taybad Karat Minaret is located in the village of Karat, 52 km southwest of Taybad, near Khaf. This building was as a sign for guiding travelers and caravans that passed through this route. 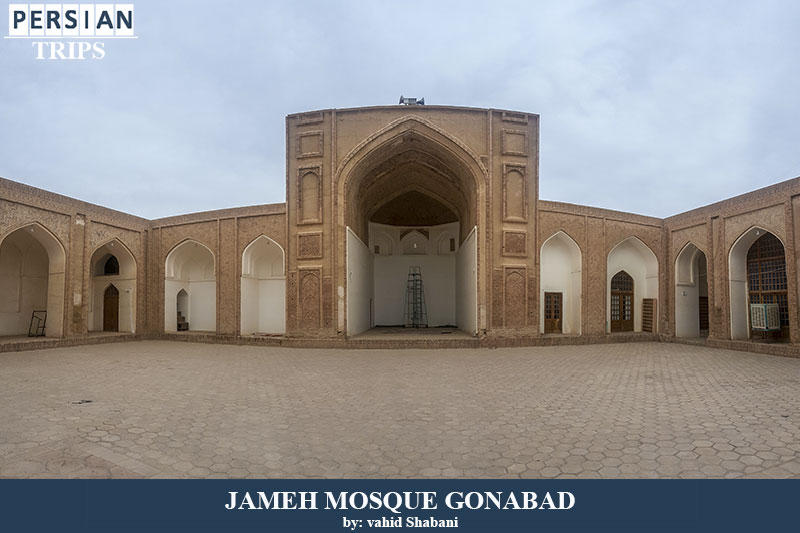 Gonabad Jameh Mosque, which is located in the center of Gonabad, is a type of two-porch mosques and is a contemporary of Zuzan, Sangan, Toos and Freyumd mosques. 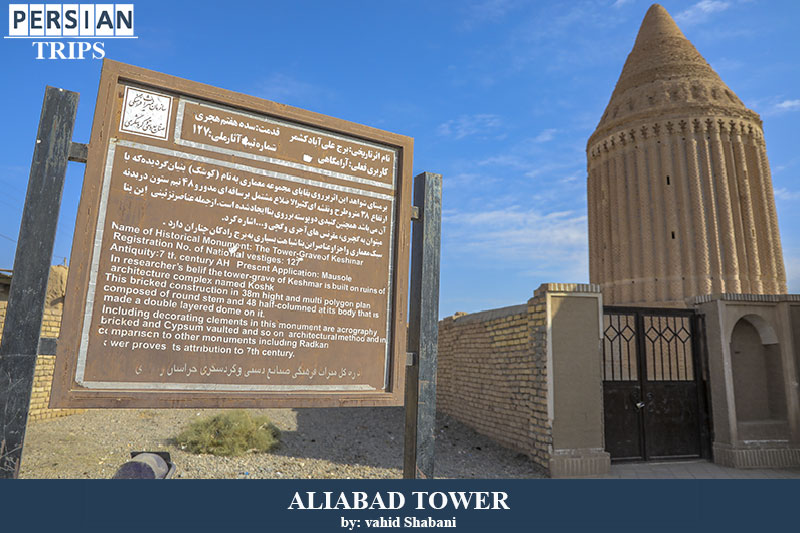 Kashmar Aliabad Tower is located 5 km north of the main road from Bardaskan to Khalilabad city in the middle of Kashmar or Yakshmar village. 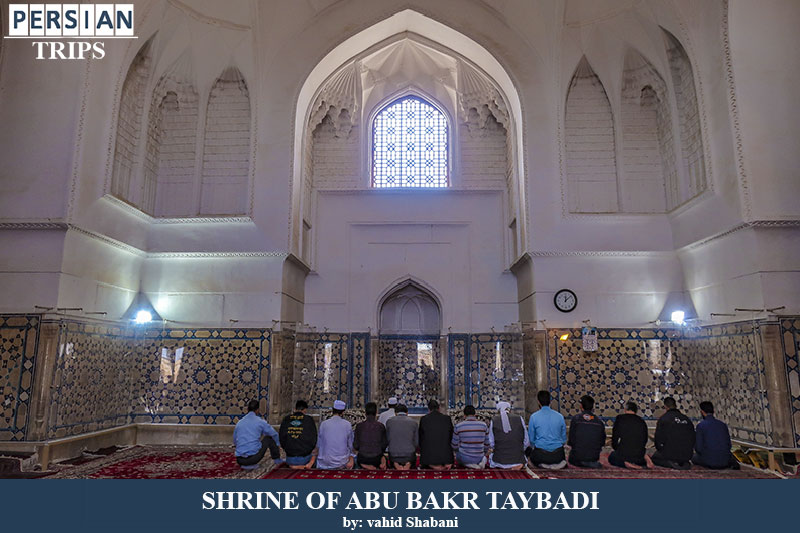 The shrine of Abu Bakr Taybadi is located between Taybad and Khaf. This tomb belongs to Maulana Zainodin Abu Bakr Taybadi, one of the prominent and famous mystics of the eighth century AH. 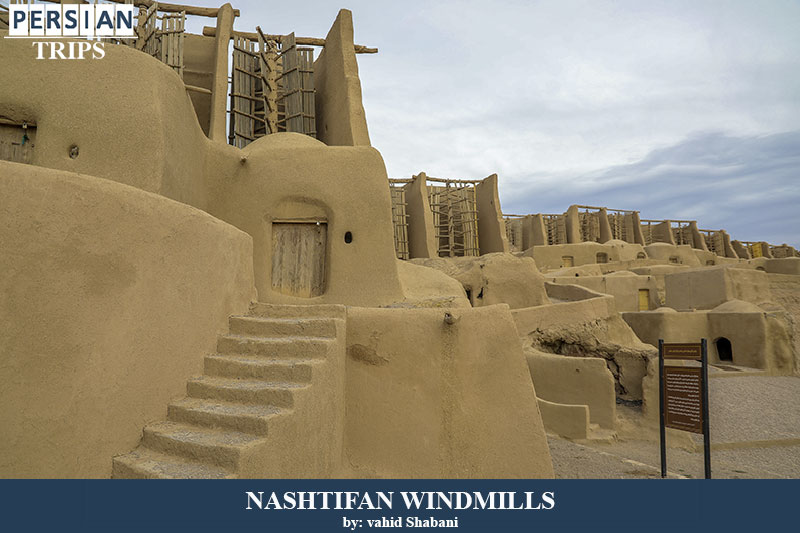 Khaf Nashtifan windmills are one of the largest collections made of clay, mud and wood, which is a relic of the Safavid period. 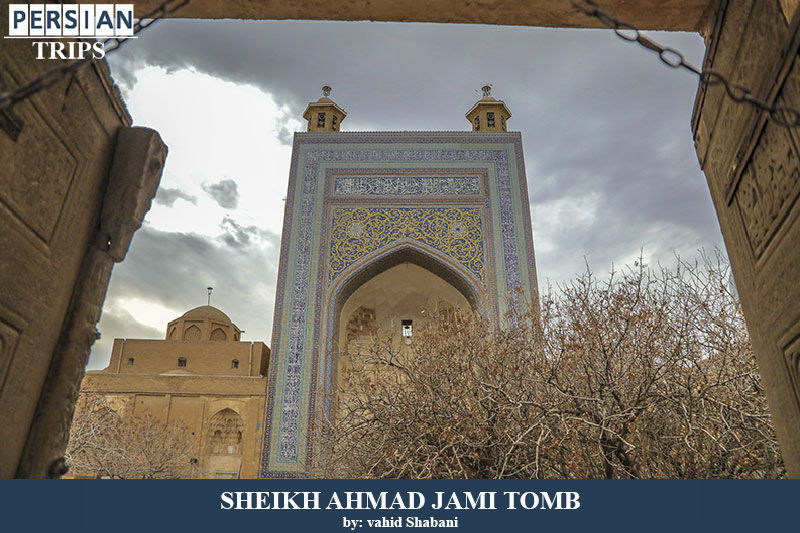