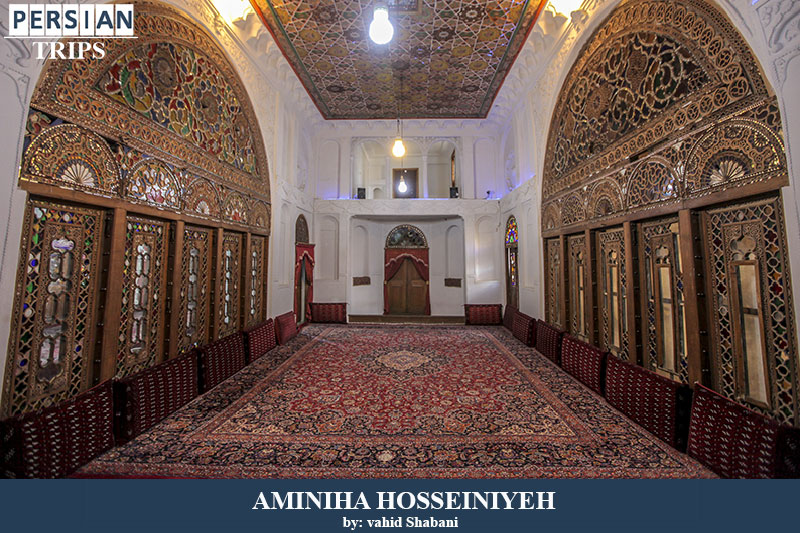 Qazvin, which has been introduced as the capital city for calligraphy (special type of handwriting) in Iran, has always been considered as one of the calligraphy centers in the country and even in the world due to its great calligraphers. The ancient land of Qazvin, as the land of calligraphy in the country, has long been the place of famous calligraphers and men who have left their lasting works for the promotion of the great culture of Iran. Qazvin sweets are one of the most famous and delicious sweets in Iran, which is considered as a souvenir. The traditional foods and sweets of this province, not only throughout Iran but also in other countries, have an unparalleled reputation and popularity.
Geography
Qazvin province in the northern half of Iran and with an area of 15,626 square kilometers occupies less than one percent of the country's area. This province shares borders with Gilan and Mazandaran provinces in the north, with Hamedan and Zanjan provinces in the west, with Markazi province in the south and with Tehran and Alborz provinces in the east. According to the latest divisions of the country in 2016, this province has 6 cities (Abik, Avaj, Alborz, Buin Zahra, Takestan and Qazvin), 25 counties (Qazvin, Takestan, Abyek, Khorramdasht, Zia Abad, Avaj, Shal, Danesfahan, etc.).
Handicrafts
Kilim weaving, Jajim weaving, Golabatoon embroidery and quilt embroidery are the most important handicrafts of Qazvin province. In the field of clothing, in the past, women wore shawls under their shirts. Black pants with open tops and tight slippers were other women's clothing that were worn under shawls. Women also wore slippers, which were delicate in the summer. In the past, men also wore hats based on their financial situation. They wore simple white shirts with a collar button on the left shoulder. The trousers of the low-income people were made of long and loose blue or black canvas with a strap. Some pants were for nobles. Giveh, sock or Ajideh was another part of men's clothing that was used in summer.
Customs
Brilliant cultural and artistic background, hospitality, variety of tribes and a happy and humorous mood of the people of Qazvin made this province look different in terms of customs and traditions in comparison to other provinces of the country. Among the special customs of Qazvin province during Nowruz, we can mention Nowruz Khani, Samanoo Pezan, Panjah Badr and the last Wednesday of the year ceremony, which is also called Kaleh Chahar shanbe. Tiregan celebration on 13th of tir (June), agricultural harvest celebration, pomegranate celebration, hazelnut celebration, and side-by-side wrestling are among the other ceremonies and customs of Qazvin province, which are performed at different times of the year.
Tourism attraction
Qazvin province, like other provinces in the country, has attractions for adventurers and tourists. Qazvin Bazaar, Qazvin Qajar Bath, Qazvin Contour Church, Qazvin Alamut Castle, Qazvin Grand Mosque, Qazvin Chehel sotoon (forty columns) Palace, Aminiha Hosseiniyah in Qazvin, Qazvin Hamdollah Mostofi Tomb, Qazvin Safavid Garden Complex In Qazvin, Saad Al-Saltanah Caravanserai, Qazvin Al-nabi Mosque, Qazvin Saad Al-Saltanah Bazaar, Qazvin Municipality Building, Qazvin Darvaze ( the gate), Qazvin Sardar Reservoir, Qazvin Traditional Garden, Qala Kurd Cave (spa) are some of historical places. Also, Lake Evan, 75 km from Qazvin, Barajin Forest Park and Qazvin Nature Village, Qazvin Vercher Waterfall are some nature attractions of this province. 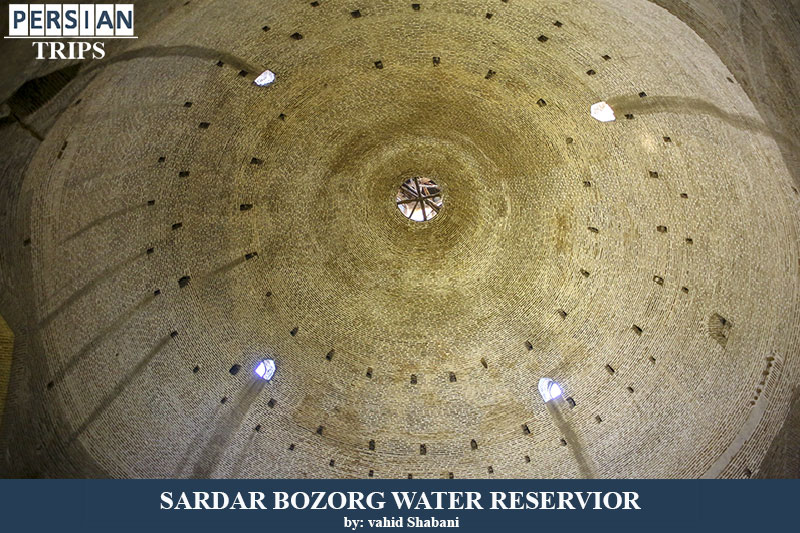 Sardar Bozorg Qazvin Cistern is one of the most beautiful buildings in Qazvin province that you dear ones can visit with Persiantrips tourism tours. 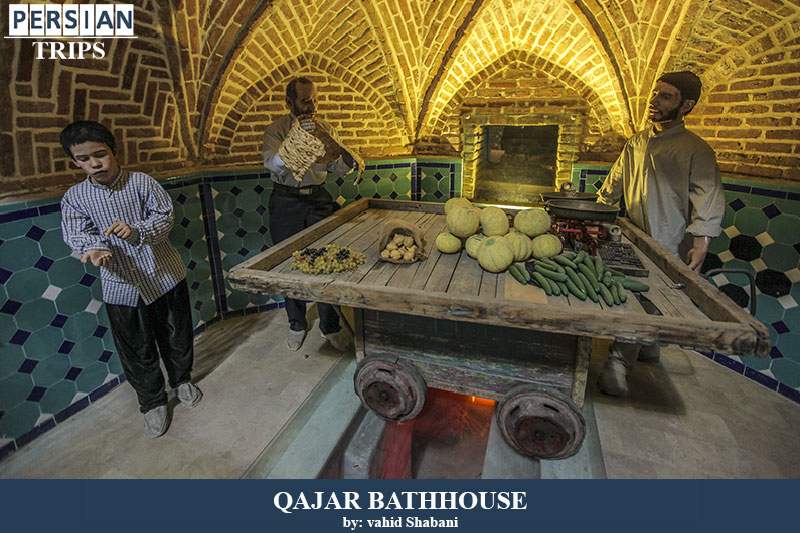 Qazvin Qajar bathhouse was built by the order of Shah Abbas Safavid, the famous king of Safavid dynasty in Qazvin province. The construction of this building is related to the year 1647. 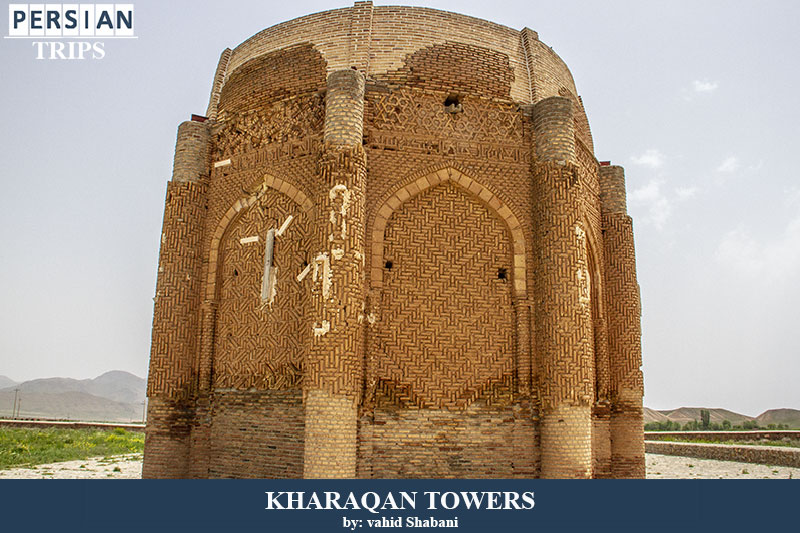 The towers of Kharqan Qazvin, which have special architecture and decorations, are located in an outlying area and after more than a thousand years since its construction, they still have preserved themselves. 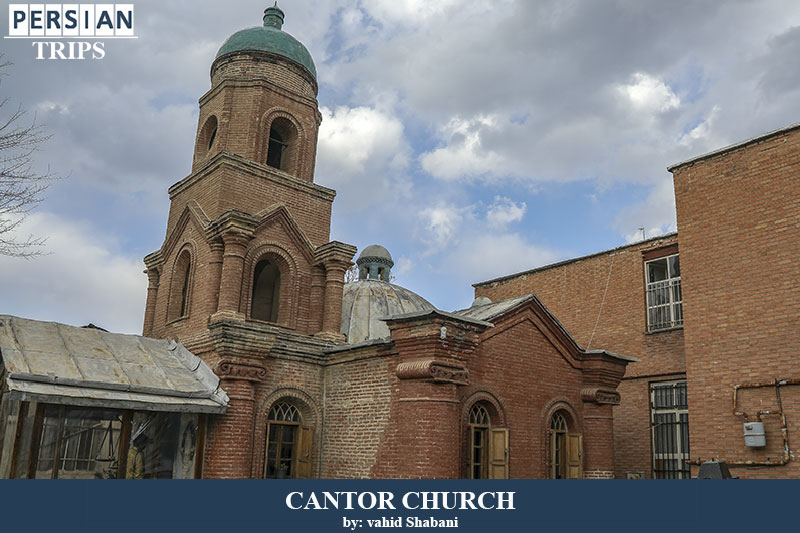 Qazvin Contour Church, which is located in the north of Panbeh Riseh neighborhood in Qazvin province, is one of the smallest churches in the world. The church, also known as the Bell Tower and the Russian Church, was built by the Russians during World War II. 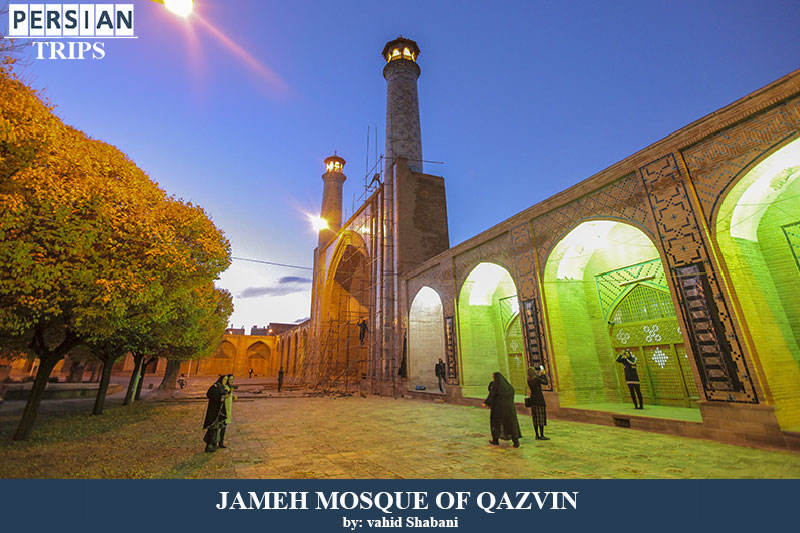 Qazvin Grand Mosque is one of the largest mosques in Iran in the style of four porches. This eye-catching monument was registered in the national monuments of Iran on December 6, 1961 with the number 121. 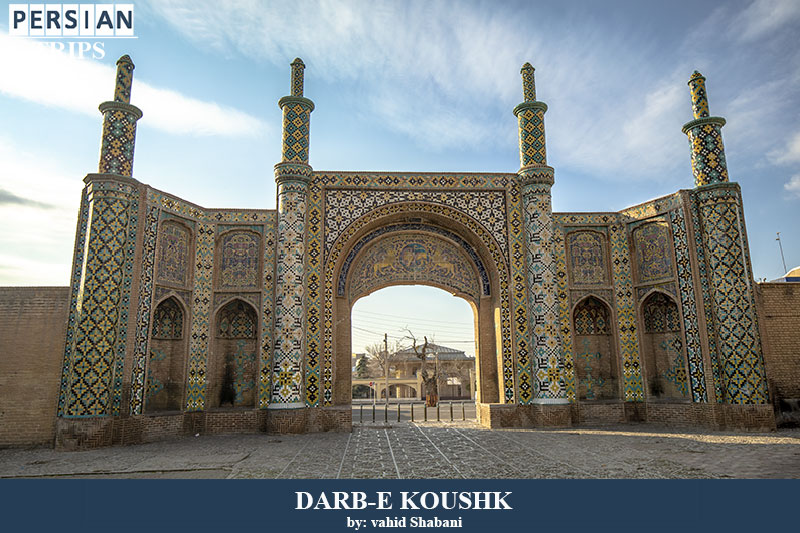 Qazvin Kushk Gate, also known as Darbe Kushk Gate, is one of the oldest gates in Qazvin province. This gate opened to Rudbar, the present Alamut and the gates of Qazvin.