Qom province is the smallest province in Iran after Alborz province in terms of area. Qom province has only one county. The cities of Qom and Salafchegan are the most important cities in the province. The most famous villages of Qom province are Fordo, Vashnooh, Khaveh and Karamajgan. Qom province has a special and sensitive position due to the presence of the holy shrine of Imam Masoumeh (AS) there and the existence of the center of the clergy and the base of the Islamic Revolution. The language of the people of Qom has long been Persian with the Qomi dialect, which today is close to the Persian dialect of Tehran. Many people also speak Azerbaijani Turkish with a variety of accents. Arabic is also spoken in parts of Qom with an Iraqi accent. Lori Bakhtiari and Kurdish are also spoken in the province.
Geography
Qom province is one of the 31 provinces of Iran which is located in the center of this country and in the south of Tehran province, north of Isfahan province, east of Markazi province and west of Semnan province. The capital of the province is the city of Qom. The province is located in an arid and semi-arid region and has a hot and dry climate. The southern and western regions of the province have a mountainous climate and high mountains. The eastern, central and northern regions of the province also have vast deserts, the largest of which is the Masile plain.
Customs
Among the special traditional arts that are common in Qom, we can mention tile-making, brick-making, inlay work and carpet-weaving. Among the ceremonies and traditions that are performed in this province, the arrival of Hazrat Masoumeh, the 23rd of Rabi al-Awal is the anniversary of the arrival of Fatemeh Masoumeh from Saveh to Qom. On this day, the people of Qom, together with Musa ibn Khazraj, who was holding her camel and was one of the elders of Qom, went to the entrance of the city to greet Fatima Masoumeh, and leaded her to her personal home. Every year, the people of Qom and the servants of the shrine of Fatemeh Masoumeh greet her on this day in a symbolic gesture and celebrate this day. Laleh gardani (tulip showing) ceremony or candle-lighting ceremony of the shrine of Fatemeh Masoumeh is another traditional ceremony performed by the servants of the shrine. Sar derakhti ceremonies are held in early spring in villages in the south of the province to protect gardens from the cold. For this purpose, cattle are purchased at the expense of the locals; then a green handkerchief is tied around the cow's neck and it is shown in the villages. In the next stage, the cow is sacrificed in Imamzadeh or a holy place and its meat is cooked and distributed among the people.
Handicrafts
Among the special traditional arts that are common in Qom, we can mention tile-making, brick-making, inlay work and carpet-weaving. Qom local clothes have been used more in the past. In the villages, women wore knee-length dresses, usually white and floral, with trousers underneath. Their clothes had two pockets sewn around them. Women always wore Charghad (white scarves) even in the house. Charghad was folded into a triangle and placed on the head, and to fasten it, it was either tied or attached with a pin. If they had money with them, they would tie it in the corner of Charghad.
The food of the people of Qom is the same as other cities in Iran. The most famous traditional food in Qom is Qanbid broth. Broth that is cooked with local cabbage of Qom and Qanbid plant. Other delicacies of this city are Keljoosh, Halva Sesame, Halva Shadoneh, Kloocheh and Sohan.
Tourism attraction
The holy threshold of Hazrat Fatemeh Masoumeh, Imamzadeh Ali Ibn Jafar, Imamzadeh Masoomeh, the Grand Mosque, Feyzieh School, the house of Imam Khomeini, the tombs of the Green Dome-Garden are among the pilgrimage and religious centers of this region. Kavir National Park, Namak Lake, Hoz Sultan Lake, Kahak Summer Area, Kabar Dam, Haj Asgarkhan Bath, Khezr Mountain, Yazdan Panah House, Mulla Sadra House, Bazaar, etc. are other attractions of this province. 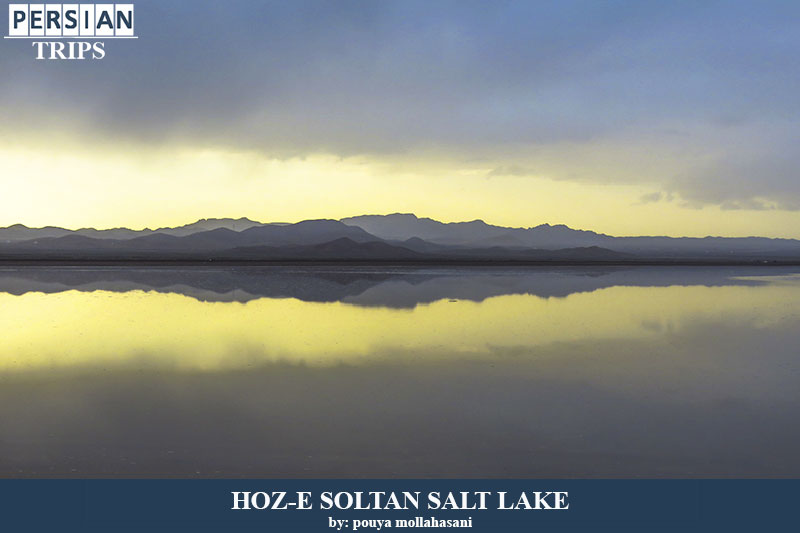 Hoz-e Soltan Qom salt lake is one of the most important lakes in the central part of Iran, whose size and shape vary according to the amount of rainfall and water inflow in different seasons. When it rains and the snow melts in the surrounding highlands, as the amount of incoming water is increased, the area of the lake increases and in other days, its area decreases. Thus, the water level of the lake is constantly changing.